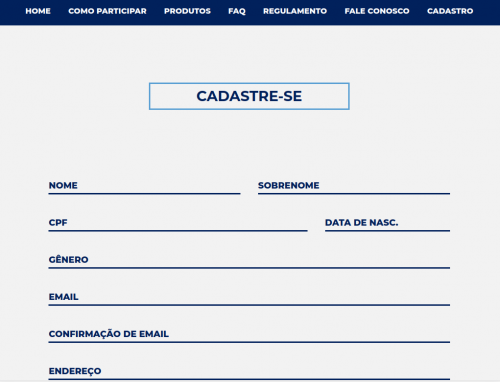 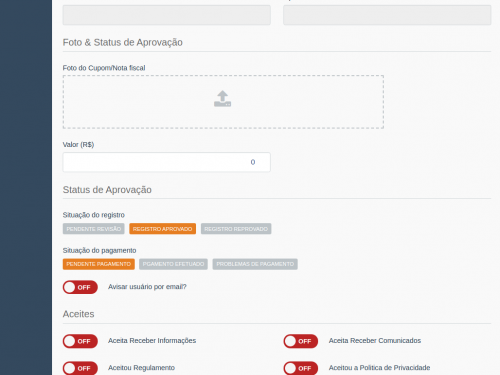 Danone is one of Brazil's leading producers of milk-derived (and similar) products. In order to get their new lines of products more known by their customers, they created a promotion that would offer a R$20 reimbursement to users who registered on the platform. The users had to have bought one of the products detailed on the site and add a picture of their receipt to prove purchase. The front-end of the application is done using Gatsby and backed entirely by OctoberCMS API calls. It was in the backend was where most of the more complex coding took place. From having several inter-dependent statuses for users, which minimized the chance of administrators making mistakes, the system also had a complete and detailed log of administrative users for eventual auditing, importing and, exporting different kinds of data. Besides a robust front-end user administration, the system also took advantage of OctobersCMS backend user permissioning system to restrict access to user groups. The backend also contained a bank list administration, address lookup with local cache, orderable questions and answers, media management the front-end, a simple ticket system for handling user contacts from the site, and a whole slew of other tiny features.

I was responsible for the programming and PSD2HTML - all design work was done by a third party advertising agency.